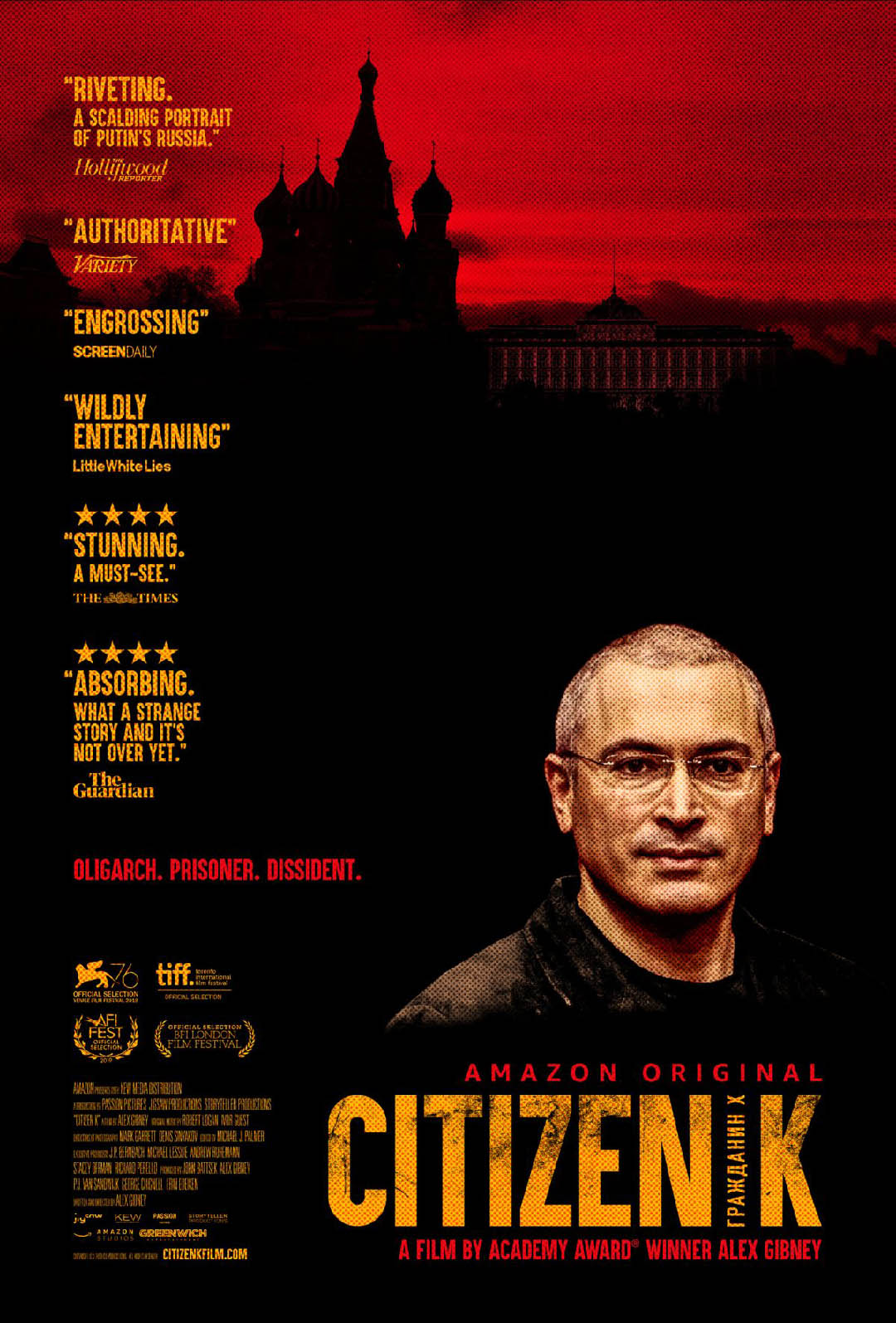 Oscar® winning writer/director Alex Gibney’s revelatory CITIZEN K is an intimate yet sweeping look at post-Soviet Russia from the perspective of the enigmatic Mikhail Khodorkovsky, a former oligarch turned political dissident. Benefitting from the chaos that ensued after the dissolution of the U.S.S.R., Khodorkovsky was able to amass a fortune in financing and oil production and became the richest man in Russia.

But when he accused the new Putin regime of corruption, Khodorkovsky was arrested, his assets were seized and following a series of show trials, he was sentenced to more than ten-years in prison.

Today, as an exile living in London, he continues to speak out against Putin’s two-decade stranglehold on power. 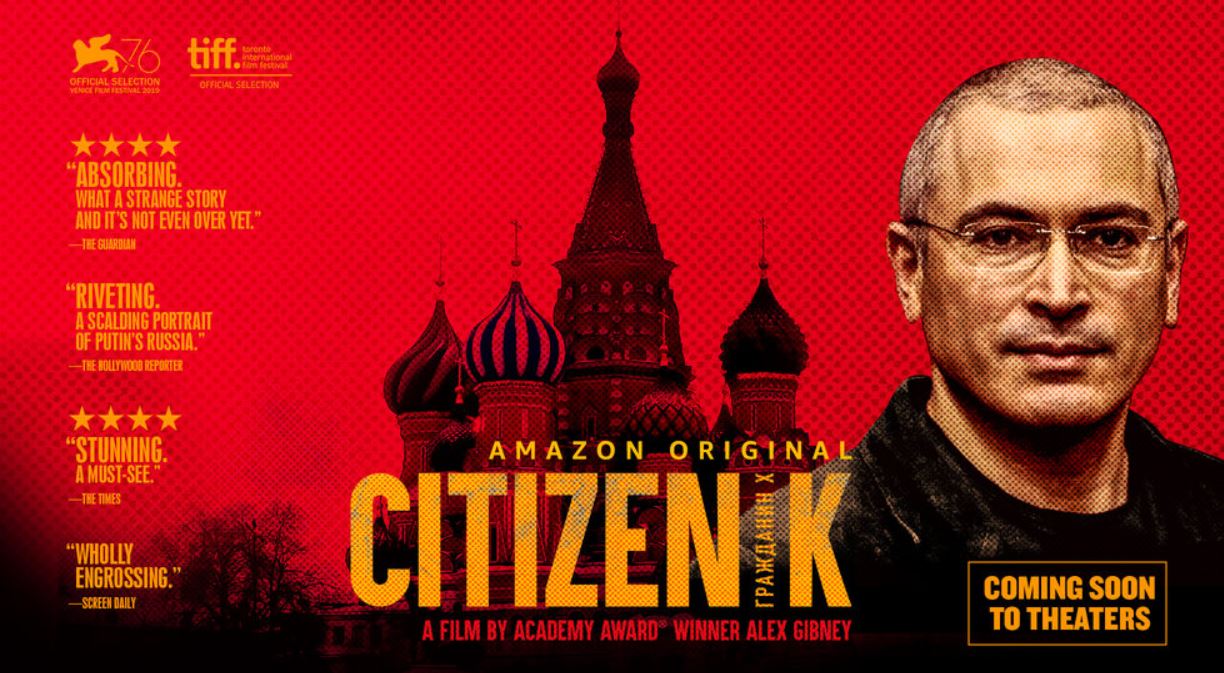