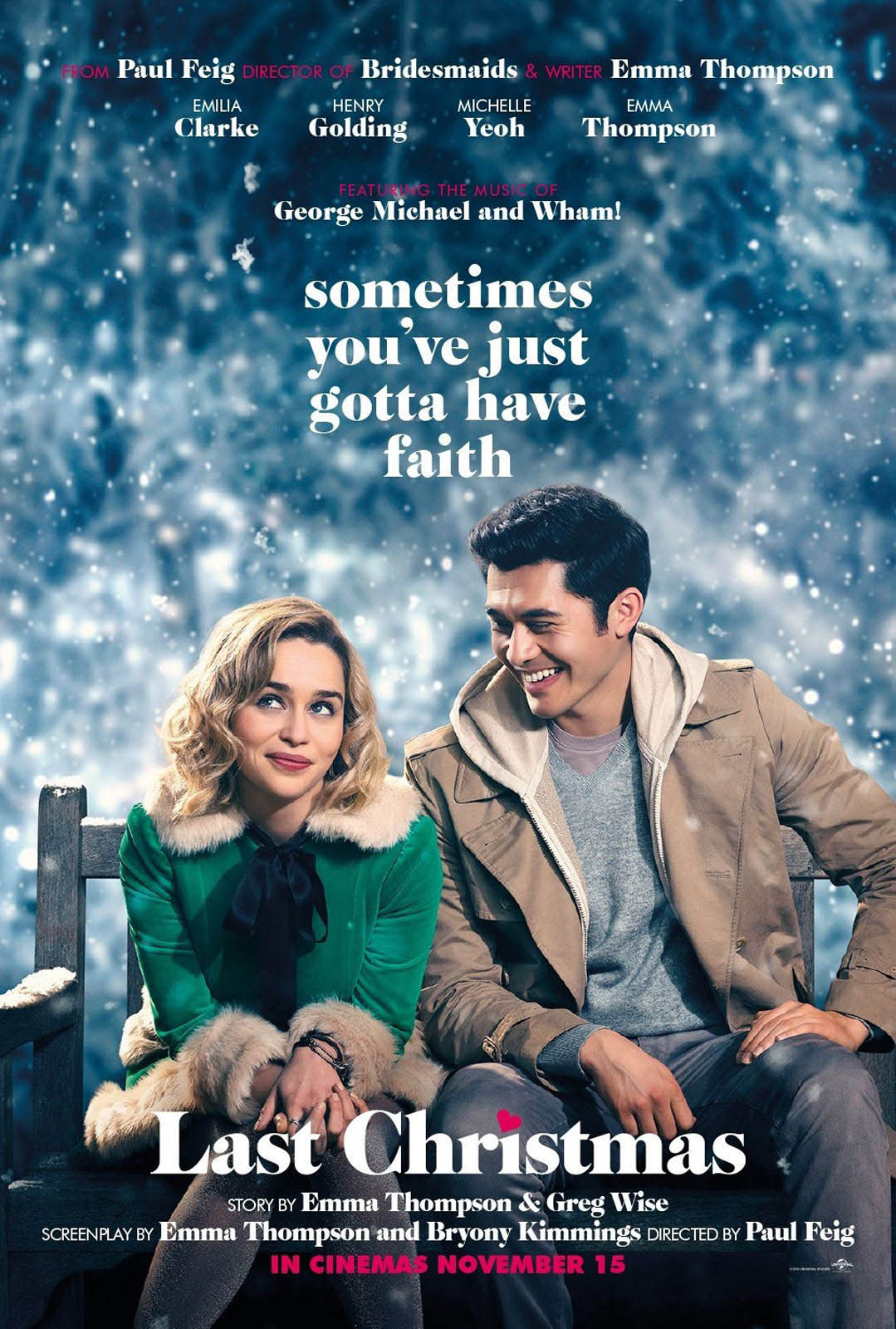 Kate (Emilia Clarke) harumphs around London, a bundle of bad decisions accompanied by the jangle of bells on her shoes, another irritating consequence from her job as an elf in a year-round Christmas shop.

Tom (Henry Golding) seems too good to be true when he walks into her life and starts to see through so many of Kate’s barriers.

As London transforms into the most wonderful time of the year, nothing should work for these two. But sometimes, you gotta let the snow fall where it may, you gotta listen to your heart.

Last Christmas features the music of George Michael, including the bittersweet holiday classic of the film’s title. The film will also premiere brand new unreleased material by the legendary Grammy-winning artist, who sold more than 115 million albums and recorded 10 No. 1 singles over the course of his iconic career.

The film is produced by BAFTA winner David Livingstone for Calamity Films, by Emma Thompson, and by Paul Feig and Jessie Henderson for Feigco Entertainment. The film is executive produced by Sarah Bradshaw.